kates of the world, contrast!

I am a nerd.  This comes as no surprise to any of you who know me.  My undergrad alma mater, New College of Florida, has just been name the nerdiest school of all:  http://www.huffingtonpost.com/2012/04/25/princeton-reviews-nerdiest-colleges-2012_n_1452170.html
I am so very proud.  In addition, my very own GSLIS is flying its discreet, professional, and amiably top achieving nerd flag:
http://www.lis.illinois.edu/academics

While searching for my blog, What Kate Reads, I came to have typed the terms "what kate" and google filled in the rest with "what kate wore."  That is not my blog.  Kate Middleton is not a nerd.  But, if you're reading this blog, you might get a kick out of the What Kate Wore blog by means of extreme contrast:  http://whatkatewore.com/

And kudos to Merinda Hensley whose thought-provoking talk on the ridiculously idealistic framework of comprehensive information literacy made for a great Grad College program today:
http://illinois.edu/calendar/detail/3282/15354558

It has been a few years since I taught our "children's literature and resources" course, and a lot has changed.  For one, we now have frequently taught courses in nonfiction, fantasy, and media as well as young adult literature and history of children's literature.  While I know the books I'll be teaching (list is being formatted, but I'll post it here when it's done), I'm still developing approaches.

If I go with teaching book reviewing, then there will need to be some prep for that.  The text by Horning, From Cover to Cover, is terrific, and it's from 1997.  Here's a post from a blogger describing how it has been helpful despite changes over time in the children's book world:  http://blog.schoollibraryjournal.com/teacozy/2010/09/13/review-from-cover-to-cover/

Many syllabi teach book reviewing, as I have done in the past, but book trailer creation has a similar thought process behind it, only with different creative media.
http://www.booktrailersforreaders.com/How+to+make+a+book+trailer


And this is a resource I'll share in class for the "Controversy" week:
http://www.ala.org/advocacy/sites/ala.org.advocacy/files/content/banned/bannedbooksweek/ideasandresources/free_downloads/2011banned.pdf
Posted on 4/26/2012 08:30:00 AM

story as a problem

When I teach storytelling, I talk about and assign readings about the power of story, importance of story, and its positive uses.  But there are negatives as well, as this TED talk illustrates:

Chimamanda Adichie presents the danger of a single story that masks the many myriad stories behind it.  The problem with stereotypes, she argues, "is not that they are untrue, but that they are incomplete."  It's good to wind up my spring storytelling classes with this reminder.  Thanks to N. in LIS409LEA for advocating for this story.
Posted on 4/24/2012 02:07:00 PM

From the book The Multiracial Experience:  Racial Borders as the New Frontier edited by Maria P. Root

"Challenging Race and Racism:  A Framework for Educators" by Ronald David Glass and Kendra R. Wallace (pp. 341-358)
from a section on the limits and possibilities of exploring racism through multicultural education
1) cultural difference, based on essentialist constructions of identity
2) cultural competence, viewing diversity as a resource
3) cultural emancipation, with a commitment to economic justice and success
and they outline five core values (which I find a big wiggly in definition...):
community, mutual respect, truth seeking, compassionate responsibility, justice

What is Learning (p. 3, I'm paraphrasing)
1. a process, not a product
2. involves change
3. not done to students, but something students do

working where criticism is praise

I may have just stumbled across the best resource for academics ever.  Built by academics for other academics.  The one piece of advice I noted in a recent thread I read was to "avoid toxic threads."  Academics are good at arguing their points, and relatively bad at thinking at the meta-level about where they want the conversation to go.

I've read The Chronicle, but definitely hadn't even notice the forums before.  I found this by searching for some input in the tenure process.

The particular thread I read was about encouragement, specifically, where do you get yours in a work culture where criticism is praise?  The whole thread is worth reading:  http://chronicle.com/forums/index.php/topic,88480.0.html

in search of new questions

Slowly, the old falls away, and the new comes into view.  In this case, the view is one that I actually had in undergrad.  I proposed to do my undergrad thesis on schools, by which I really mean the emerging area of childhood studies.  The timing would have been perfect, back in 1995, but I didn't know it, and neither did my sociology professor.  Besides, I had a lot of other things to do in the last 20 or so years.

Today, I'm posting about what I might read next, in a scholarly vein.  This isn't all of what I have on my shelf for summer.  In fact, I'm not even going to duplicate that shelf (except perhaps in a picture) and, instead, I'm listing Stuff I'm Finding Interesting... 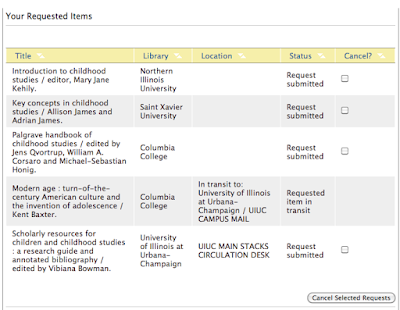 And delving into media studies

Plus an essay (thank you CT!):
http://www.nbu.bg/webs/amb/american/5/rich/writing.htm 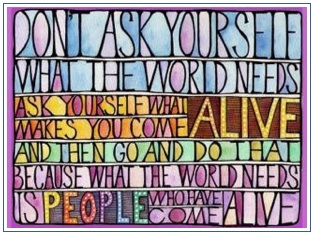 across the universe vs. glow

Across the Universe by Beth Revis is a comparatively leisurely and internal journey through the experience of Amy, a teenage girl whom we meet as she is being cryogenically frozen.  So that she can be revived, along with her parents, to colonize a new planet.  In about 300 years.  And, of course, it takes awhile before she is revived, and the contemplations of her conscious-yet-static mind occupy many chapters before the reanimated action begins.  One interesting strength of this book is that the chapters vary in perspective, and sometimes it takes a minute to figure out what's going on because of that, especially during the part when she is still frozen.  Once Amy is thawed, the book becomes a combination dystopian fantasy and mystery.   Amy meets Elder, who will become the ship's leader in the future.  She also meets Eldest, the current leader, and is horrified at the freedoms that have been stripped away and the extreme complacency of the people living on the ship.  The only sane people seem to live in the mental ward of the hospital.  Meanwhile, Amy's thawing presents a whodunnit mystery; she was left to thaw and die, but was saved by Elder, and now someone is continuing to try to kill key strategic personnel who are in stasis.  Overall, I'd recommend this book, and I hope the series will be as compelling as this first installment, but I would say that this novel works best for readers who are willing to travel through a fairly long stretch of internal narration before the story really gets moving.

On the other hand, if you crave pulse-pounding adventure, then Glow by Amy Kathleen Ryan might be a better choice for your go-to travel-across-the-universe-to-terraform-another-planet adventure.  Two ships are making their way toward the planet they hope to call home.  The New Horizon is far ahead of the ship our protagonists occupy, the Empyrean.  Waverly is our central narrator, but a close second, in chapters that shift perspective, is her boyfriend Kieran.  Life is going well for the two oldest of this generation of young people born on the Empyrean, until one day, with no warning, they are attacked.  By the New Horizon.  And Waverly and all the other girls are whisked away to this marauding ship where, they quickly learn, no one has been able to have children since the ships were launched, years ago.  Worse yet, their charismatic leader, Anne Mather, is using her position as pastor and captain to try to keep the ship's people, and even the kidnapped girls themselves, from understanding what really happened.  For awhile, we don't even know if the Empyrean made it.  And, although they are not impregnated against their wills, the girls who are sexually mature are all subjected to forced ovum donation surgical procedures.  Soon, many middle-aged women on the ship are pregnant with babies created from these stolen eggs.  Meanwhile, the boys discover that the only adults left alive are dying or near dead from radiation poisoning due to a reactor meltdown in the engines.  Kieran does his best to be the leader that they need, but his rival Seth is ruthless and blames him for the loss of their parents' lives.  Sound heart-pounding enough yet?  I found myself ripping through this one, and I eagerly await the sequel.  From the religious/nonreligious issues to the questions about reproduction and freedom, this book is replete with issues that will appeal to (and make great discussion fodder for) teen readers.